Finally, Neither Wolf nor Dog, the Movie

Finally, Neither Wolf nor Dog, the Movie 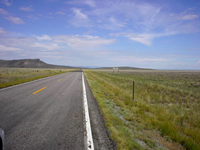 Well, it appears that it is finally going to happen. Steven Simpson, the director who has put so much of his time and heart, as well as his aesthetic sense, into the shaping of this film, is preparing to shoot Neither Wolf nor Dog this fall.

The most exciting and fragile aspect of this project is the discovery of the perfect actor to play Dan. Steven and I anguished over this for many months, considering all options. But when we happened upon Dave Bald Eagle, we knew we had the perfect actor. He IS Dan, and Steven has developed a close friendship with him over the last year or two.

With the addition of John Trudell to play Grover, Steven has a dream core cast. John has the intelligence and edge to carry the character of Grover to an unexpected, incredibly dynamic place.

Steven’s connections in Indian country will allow him to fill out the cast brilliantly. And, as you will see if you look at his kickstarter page, he has a feel for the land that is absolutely essential to making this an authentic piece.

That is where so many Native films fall down: they use the land as a backdrop, not as a living force and character. Steven understands this.

I am thrilled to see him moving forward on this project that is so dear to my heart, and I ask any of you who love this book to go to his kickstarter page and contribute in any way you can. This could be a beautiful, groundbreaking film. Please help make it happen: http://www.kickstarter.com/projects/126766071/neither-wolf-nor-dog-movie-adaptation

37 thoughts on “Finally, Neither Wolf nor Dog, the Movie”