I have never been much for celebrating my birthday, close as it is to my least favorite American holiday, the Fourth of July.  I have always associated it with drunkenness, fireworks that terrified my pets, and jingoistic displays of  a nationalism in which I’ve never really believed.

As I’ve often said, I would be very happy if the embarrassing chant, “U.S.A., U.S.A.” was replaced with “Hu-man-race, Hu-man-race.”  This attitude results from coming of age in the 60’s, where a horrifying war and inexcusable public policies eventually morphed into a self-absorption masquerading as self-reliance and personal freedom, having now landed at the current point where a madman with all the worst aspects of our American character has almost managed to dismantle our country while cowards who have lost any vision of who we are or who we could be stand idly by.

But things must break up in order to reconfigure themselves in a new and more positive shape, and I think that may be what is happening now.  Not since the 60’s (with the surprisingly transient blip of 9-11) have we had an event that shapes a generation.  And a generation shapes a nation.

We are, in one moment of historical paroxysm, experiencing a pervasive fear for our individual physical well-being, a political and cultural anger that infects all sides of the political spectrum, and a shocking awareness that our American way of life is both fragile and unjust.

Our current circumstances will pass, but these awarenesses are now etched in the minds and hearts of an upcoming generation.  What they do with them remains to be seen, but we can never go back to the somnambulant consumerism that has gripped us for the last fifty years.

How they will act on these awarenesses remains to be seen.  But they will not be able to deny this deep generational knowledge that has spread across the globe.  There will be retrograde resistance from the people who think that their purpose in life is to get whatever they want and do whatever they want.  That, too, is part of the American character, and those folks will not give up easily.  We can already see them thrashing around in the dying embers of Trump rallies and in the mindless looting that is taking place under the cover of more worthy protests of social concern.  But the heartbeat of a new awareness and the call for meaningful change is strong.

This is a chrysalis moment, for us as a culture and for each of us as individuals.  We are, collectively, living through something, and we will never be the same.  And so, on this birthday of mine, which so many of you have so kindly acknowledged, I look around me and see hope.  It is hope wrapped in danger, and it requires that the voices of the loud and the stupid not be allowed to drown out the voices of the thoughtful and the caring.  But we are, for the moment, living with a long vision, and can, if we set our minds to it, put the awareness born of that vision into practice.  It will not be easy, but, in its own way, it is exciting. It’s in the hands of the young people, and the task of the rest of us is to make sure that, to the extent that they will listen, we pass on the tools and the insights we have gained on our collective journey.

So, to all of you who wished me a happy birthday, I say, thank you, stay safe, and in the immortal words of one of the thugs in my high school lo those many years ago, “Don’t let the bastards get you down.”

These are, indeed, interesting times. 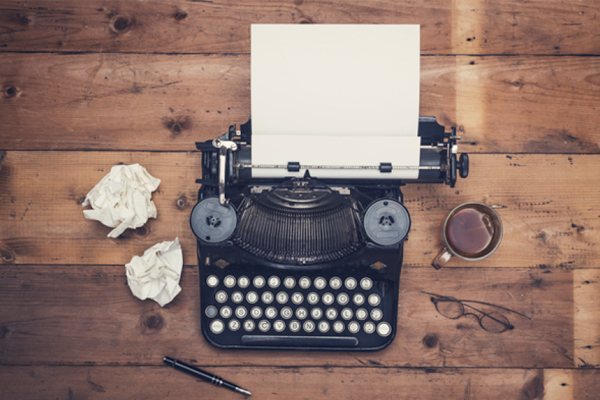 TRUMP IS THE AMERICAN MORAL PETRI DISH FROM HELL

I’ve been traveling a bit lately, and I see how defeated everyone is by Trump’s endless and egregious immorality. The second he comes up — and he comes up often — folks say, “I can’t even talk about him any more. It makes me sick to my stomach.” And his echo chamber of loud bullies parrots the inflammatory lies of Fox News and struts across the stage thumping their chests while buying into false equivalencies and flat out fabrications.

We are reaching the point where it is impossible to have reasoned discussion because of the binary nature of contemporary thinking where everything in life is put up to a vote. There are only winners and losers; people only want to argue particular points of view. Few people even know how to, much less want to, step back and consider preconceptions and underlying principles that have lead us to this point. It’s battle lines time, and you have to choose sides.

The plain fact is that, distasteful though it may be, there are grounds for political discussion within Trump’s horrible reign. But there should be no grounds for moral discussion. When you have a monster leading your country who imprisons children and with whom you would not leave your 16 year old daughter alone, you do not have a political problem, you have a morality problem.

We have now truly reached the point where this is a battle for the soul of the country. I would rather counsel peace, reason, and consideration of multiple perspectives. But, sadly, this is not that time. We are at war and we each have to do what we can.

Oh, for the days of Gore VIdal and WIlliam F. Buckley contesting conflicting but intelligent views of what it means to be an American, or Everett Dirksen and Daniel Patrick Moynihan contending about viable policies for the American people. But most people don’t even know who they are. Instead, discourse has devolved to a referendum on Trump’s blaring and non-stop lying and the growing infection of the American psyche with the moral sickness that he has unleashed.

It is time to stop him and his unless the considered among his followers can separate his immorality from legitimate conservative principles and disavow this man and his policies that fly in the face of everything good and honorable in the human character.

Where are the good Republicans, the humane Republicans? Why do they line up behind him when they know he represents a sickness, not a solution? Have they no courage?

Sadly, we cannot know what is wrong with them nor can we change them. They have to come to this conclusion themselves, and if they don’t, we must each do what we can to throw them out so that reason and humanity can reassert themselves as baselines in our character and political discourse.