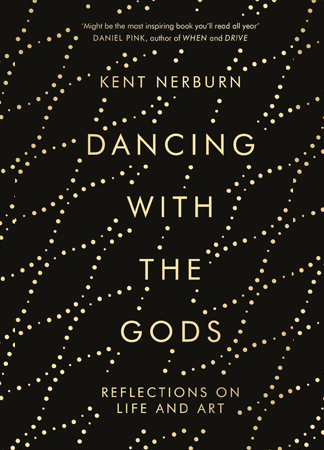 Dancing with the Gods

Written as a gift to aspiring artists in all disciplines, Dancing with the Gods takes readers inside the creative process for a glimpse into the hidden joys and unseen challenges of a life in the arts. A contemporary companion to Rilke’s famous “Letters to a Young Poet.”

“With his usual mix of ideas, personal stories, and deep philosophical analysis, Nerburn displays his enthusiasm for the arts, imagination, and creativity in every section of the book. Many times — and we predict you will have this experience too — we felt he was speaking directly to our situation. We have had to make crossroads decisions about what is ours to do; we have suffered the yearly angst over budget deficits and fundraising appeals to make the case for our ministry in the arts and media. And yet, like Nerburn, we have rejoiced in the freedom, the fulfillment, and the joy of a life in the arts.”Book Frederic and Mary Ann Brussat 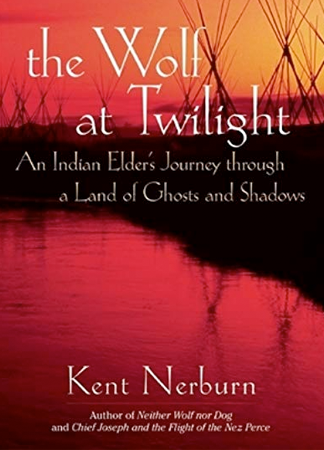 The Wolf At Twilight

The long awaited follow-up to Neither Wolf nor Dog. A note is left on a car windshield, an old dog dies, and Kent Nerburn finds himself back on the Lakota reservation where he traveled more than a decade before with a tribal elder named Dan. A touching, funny, and haunting journey begins.

“After my prison cell began to cool from the day’s heat, I opened Kent Nerburn’s creative and compassionate book, which I found humorous, hilarious, and at times very sad. Thank you, Kent, for a good book to read. Doksha.” – Leonard Peltier, author, artist, and activist 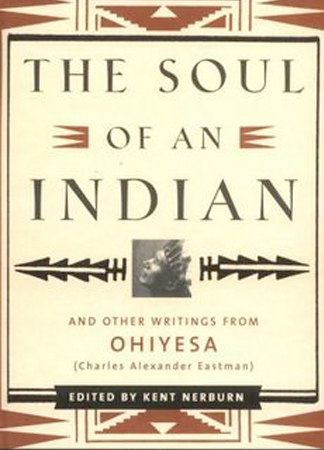 The Soul of an Indian (and other writings from Ohiyesa)

Ohiyesa, a Dakota Indian also known as Charles Alexander Eastman, is one of America’s most fascinating and overlooked individuals.

“A man to whom I would entrust my country or my son.” – Kent Nerburn 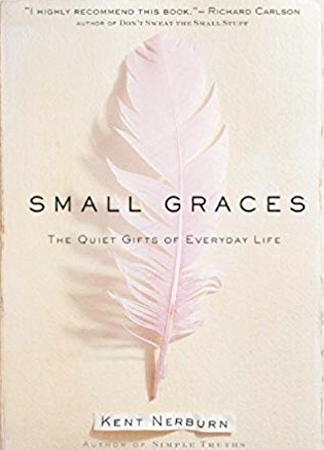 This book is a journey into the sacred moments that illuminate our everyday lives.

“Through this poetic and eye-opening collection of brief essays, we are touched by the beauty, the grandeur, and the meaning in ordinary moments and experiences.” – Frederic and Mary Ann Brussat (Spirituality and Practice Magazine) 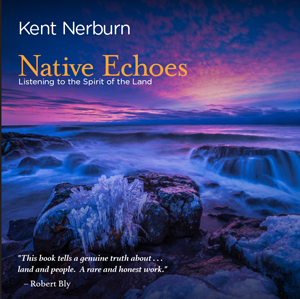 From the vast grandeur of the Great Plains to the dark solitude of the northern woods, from the fierce intensity of a summer storm to the quiet redemption of a perfect blanket of snow, Kent Nerburn’s new book, Native Echoes, pays homage to the power of the land to shape our hearts and spirits.

“Native Echoes is a rare work, at once stark and poetic, that acknowledges both Native American traditions and the insights of our western way of thinking and believing. NAPRA review calls it a “beautiful book that will touch not only those who find Spirit in Native American paths, but anyone who has felt the presence of something powerful beyond the known.” 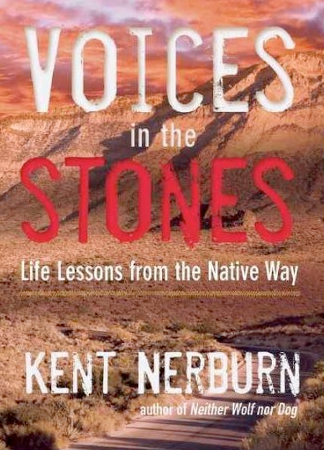 Voices in the Stones

A sketchbook of reflections and life experiences that reveal the beauty and insight of the Native way of understanding life and the world around us.

“Confronting events at Standing Rock—either through news reports and social media or a personal visit—is a dive into very deep waters of Indian culture. In this new book, Nerburn once again takes on his beloved role as a non-Indian traveler on our behalf—a guide to the expansive shape of this cultural realm.” – David Crumm, ReadTheSpirit Editor 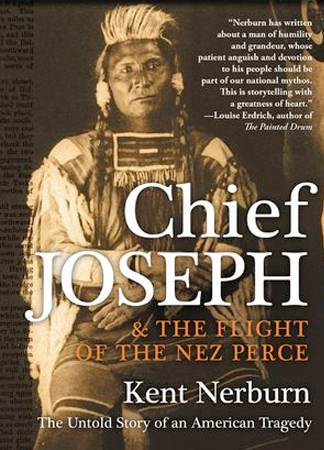 Chief Joseph and the Flight of the Nez Perce

Hidden in the shadow cast by the great western expeditions of Lewis and Clark lies another journey every bit as poignant, every bit as dramatic, and every bit as essential to an understanding of who we are as a nation — the 1,800-mile journey made by Chief Joseph and eight hundred Nez Perce men, women, and children from their homelands. 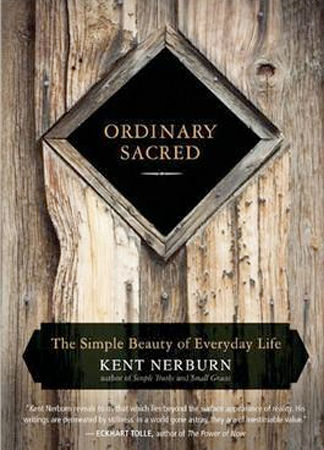 From a meditation on his father’s forgotten toolbox to a description of a funeral on an Indian reservation, Nerburn takes us on journeys into the spiritual dimension of ordinary events that we too often take for granted.

“Nerburn’s lyrical prose is a delight to read. He has an artist’s eye . . . and a knack for speaking from the heart about little acts of kindness and reverence that others might easily miss.” – Spirituality and Practice Magazine 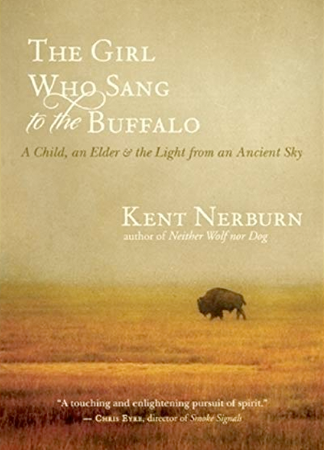 The Girl Who Sang to the Buffalo

The Girl who Sang to the Buffalo is a book that defies categorization. It will appeal to lovers of history, mysteries, good novels, and the magic of this American land.

“Nerburn’s ambitious, satisfying new book — the third in the “Neither Wolf Nor Dog” trilogy — is a nonlinear journey on many levels. It is the story of a search to understand what happened to a young Dakota girl named Yellow Bird who was sent to an insane asylum for Indians many decades ago, and it is also a trip back through centuries of painful American Indian history.” – Chuck Leddy, StarTribune 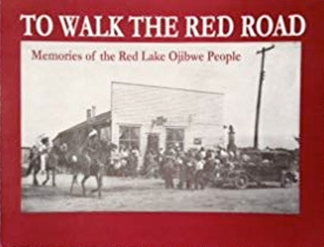 To Walk the Red Road: Memories of the Red Lake Ojibwe

The book that started the journey to Neither Wolf nor Dog and The Wolf at Twilight. 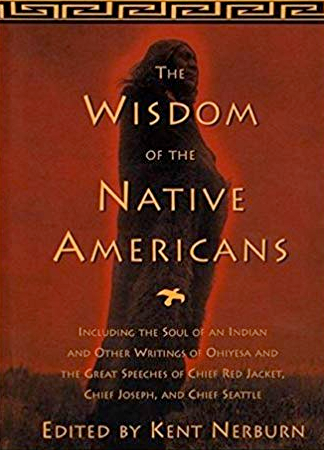 The Wisdom of the Native Americans

These thought-provoking teachings from respected Native American leaders and thinkers provide a connection with the land, the environment, and the simple beauties of life. 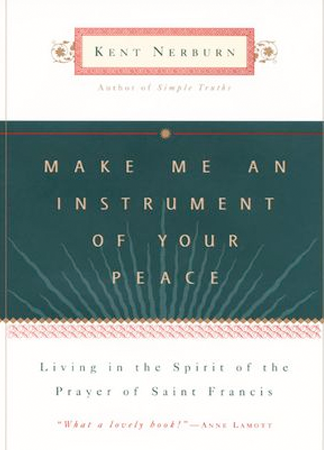 Make Me an Instrument of Your Peace

Be immersed in the spirit of one of the most universally inspiring figures in history: St. Francis of Assisi. The Prayer of St. Francis boldly but gently challenges us to resist the forces of evil and negativity with the spirit of goodwill and generosity.

“This book is a pearl of great price, revealing how the most potent, authentic prayer is also tender and very human. Kent Nerburn…has given us a blessing to be cherished again and again.” – Wayne Muller, author(Legacy of the Heart and How, Then, Shall We Live?) 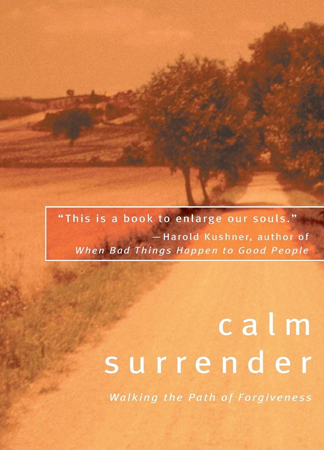 Calm Surrender takes readers on a moving, poignantly written journey toward such forgiveness.

“…Kent Nerburn walks me through the ordinary days of a normal life and shows me how to tuck forgiveness into every task, errand, and event… a supremely practical and deeply healing book.” – Hugh Prather, author (Notes To Myself and The Little book of Letting Go) 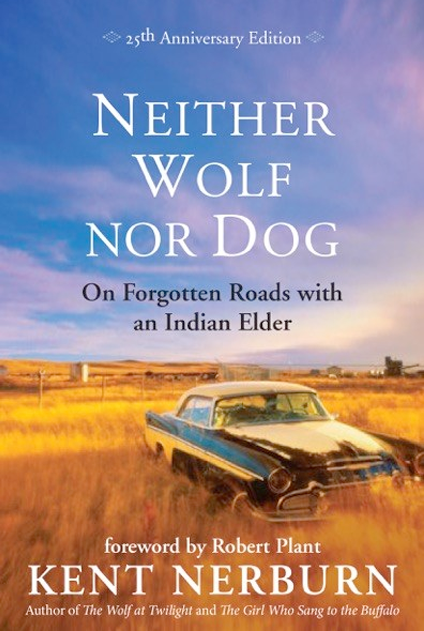 Neither Wolf Nor Dog

Realists wanting a truthful, fiery, and, ultimately, cleansing dialogue between Indian and white will definitely want to read this book.

“I expected to find Black Elk between these covers. What I found instead was more modern, more alive, and every bit as poignant and moving.” – NAPRA Review 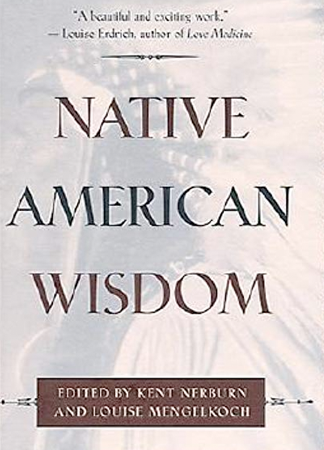 These fascinating quotations include both familiar and obscure pieces of Native American philosophical and religious thought.

“Readers will be challenged intellectually and touched emotionally by these remarks. Teachers will find the arrangement of the book very convenient for reference and startling discussions.” – Library Journal 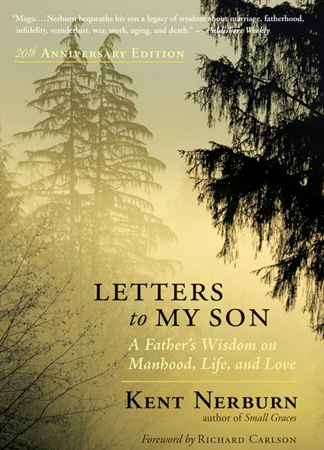 Letters to My Son

In an attempt to gather what wisdom he could to guide his son into adulthood, Kent Nerburn published a powerful collection of essays that touched the hearts of parents and children everywhere. 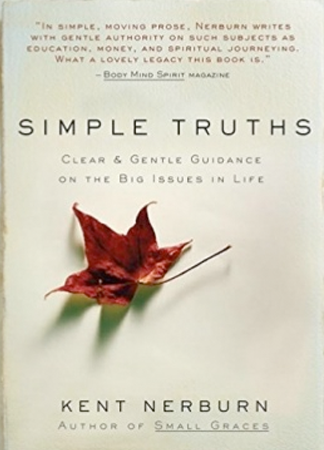 Simple Truths: Clear and Gentle Guidance on the Big Issues in Life

“Seldom does a book come along that speaks to the core issues in life with the clarity and wisdom of Simple Truths.” – Bookpage.com

I've been redoing my website. Like my clothes and the man who wears them, it was getting a bit old and linty. In the process, thanks to my friends at the South Dakota Humanities Council, I came upon a photo that I really like. I thought I'd share it with you -- it will also be part of the website, www.kentnerburn.com -- because like almost any human being on earth, I'm generally appalled when I see photos of myself. When I actually find a decent photo that is both revealing and not the product of a millisecond when I actually looked my best, I feel like I should celebrate it as a pearl of great price. Keep your eye open for the redone website, soon to be active at www.kentnerburn.com, and sign up on it. I'll actually be able to sell a few books to you and keep you updated on what is happening, specifically with my new literary child, Lone Dog Road. You all helped me choose the title and soon you'll be able to help the little toddler make its way in the literary world. Until then, its back to updating the website and being pleased with a photo that doesn't have me saying, "Who was that old man that jumped in front of the camera just as the photo was being taken?" I hope your days are going well as we start to sniff the turning of the seasons toward what we all hope will be a kind and meaningful fall. ... See MoreSee Less