Bernie, the Monster, and the Train Coming Down the Tracks

Bernie, the Monster, and the Train Coming Down the Tracks 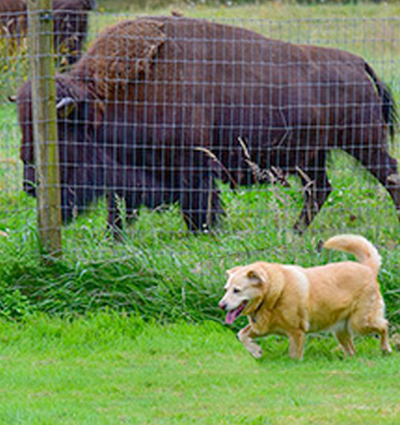 Well, Bernie folks, your boy’s on a roll, and, if truth be told, I’m scared.  Not because I disagree with Bernie.  In fact, I believe in almost everything he stands for.  But because I’ve been here before, and I have a pretty good sense of how the movie ends.

You probably think I’m just one more “get off my lawn” old white man who fails to see the power of the great groundswell that is taking place.  But there’s more to it than that.  Remember, I’m from the “get out the way if you can’t lend a hand, for the times they are a changin’” generation.

Though the issues were different, we’ve been where you are and we felt like you feel.  In fact, our anger and frustration were more immediate.  You’re pissed; we were dying.  And not in some long term, planetary sense.  Really dying.  Remember Country Joe — “Be the first one on your block to have your boy come home in a box?”  Remember Kent State and the National Guard?  Remember Fred Hampton and the Philadelphia Black Panther murders?  Remember Watts? Those were tough days, every bit as tough as these, and, God knows, it was time for a change.  So, what did we do?  We spoke out, we stood up, we created a groundswell and mounted a Youth Crusade, just like you are doing, and pushed McGovern — a good and visionary man — forward.  And you know what happened? The Republicans wiped the floor with us.

Maybe this time is different, but remember the adage, “Those that don’t learn from history are doomed to repeat it.”  And I see history coming like a freight train down the track toward us.

Hear me clearly here.  You may see visions of what our nation should be. You see The Squad speaking truth about the Green New Deal and the need to save the environment.  You see Katie Porter kicking ass on all the banking corporadoes.  And you know they are right.   Guess what?  We see it, too, and we also believe they are right.  But we also know the Republicans know how to steal your lunch and eat it right in front of you.

Here’s what you need to understand:  the current crop of Republicans don’t believe in government.  They think government is the enemy, an impediment.  They just want everyone to have the right to make as much and keep as much as they can.  There are no overarching social values, only the value of personal freedom.  And, to them, government stands in the way.

They don’t want to govern.  They just want to win so the Democrats can’t govern.  They have no Marquis de Queensbury political rules. They will lie, cheat, steal, and use every means at their disposal to win.  And Trump is the most shameless proponent of this approach that we have ever seen.

The problem is that we all live inside our own echo chambers.  You are quick to point out that the Republicans live inside the Fox News echo chamber of lies, and you are right.  But you don’t see that you live inside the internet/twitter echo chamber of your own particularized truths, and that makes you think that a groundswell is the same as a wave.  It’s not.  And it can be manipulated by Trump, the Republicans, Russia, and anyone with the chops on the internet who wants to do so.  You can be pushed around like babies in a carriage, and, trust me, you will be.

We need to accept the truth that we are now tribal people.  The tribes cut many ways, and they cross over each other.  Our job as Democrats is to find and engage the tribe that can counter the monster who is ruining our planet for our children.  And, if the past is any indication, it isn’t the internet tribe of idealistic young people.

Traditionally, young people dream and young people protest, but young people don’t vote.  You can claim this isn’t the case – that this time it will be different.  And I hope you’re right.  But history offers lessons, and when those lessons are amplified by Republican gerrymandering and voter suppression, and Russian efforts to cloud the waters, we face the very real possibility that the passion for Bernie will not translate into votes, no matter how well-oiled his grass roots machine is, and those votes that he does get will not translate into an electoral victory.

This is not the way I want it to be.  I revere almost everything Bernie stands for.  But his tribe — your tribe — is an echo chamber tribe as surely as the Trump tribe, and the voting tribes that are capable of getting the monster out of the white house are the African Americans, the Latinos, and the suburban women, not a youth brigade.

But instead of listening to these people, Bernie is busy telling them why he is right.  And he may be.  But a person who is not willing to listen, but is intent on telling you why his or her ideas are right, is doomed to have a small but rabid following of true believers who end up turning off people who do not share every specific of that value system or who look at the world from multiple points of view.  And that’s most of us.

I spend a lot of time in middle America and the inter-mountain west.  I’m there right now.  And I can tell you that these people see an America crumbling around them, both in terms of values and infrastructure.  When they hear about Make America Great Again, they think of jobs and boarded up storefronts and not gender-neutral toilets and the voting rights of felons.

And keep in mind that Trump is an amoral liar and a criminal, and that his modus operandi is to accuse you of exactly what he does and turn it on you.  If Bernie is the nominee, get ready for “Now you see why I have been working with Russia.  It was not for myself, like the lying Democrats say. It was to protect us from Communists like Bernie ‘I honeymooned in Russia’  Sanders, who wants to take all your money and use it to fund things like abortions for illegal aliens. Keeping quiet has been tremendously hard on me and my family. No one knows how hard.  And very unfair.  But I did it to protect you and our American way of life.”

You say this is ridiculous? You think this won’t work?  Think of John Kerry and swift boating.  And if you don’t know what it is, look it up.

The hard truth is that change takes place by planting ideas in the collective consciousness, and letting them grow.  Bernie has planted some of the best and most necessary new ideas in the American consciousness of anyone in my lifetime.  But he can’t bludgeon people into accepting them.  A true leader makes people think that he understands them, not that he knows what is best for them.

You can go out there with Bernie in the lead, holding the flag.  You can get behind him in what seems like the most unstoppable force of human energy the country has seen since the anti-war movement of my generation.  You can tweet back and forth, facebook each other, cheer the slick ads on the internet and the television, and tell each other than we finally have someone who can galvanize the rampant dissatisfaction rumbling in the American psyche, and stand for values that America should stand for.  But what you can’t do is make outsiders insiders by having a litmus test of political purity by asserting the rightness and righteousness of your beliefs.  Sometimes it is more important to be embracing than it is to be right.

So embrace, don’t demand.  Listen, don’t lecture.  Be patient, be careful, and know your enemy – and, understand, the Republicans will treat you like the enemy.  If you don’t believe it, look at how the truest believers among you Bernie followers have taken to looking at your opponents in the Democratic party as your enemies. This is what happens when ideological purity is the price of full membership.

By my lights, Bernie has finally set the course of the Democratic party in the right direction.  He has said we are a party of caring and sharing and building and fixing.  He has evoked memories of Roosevelt and the New Deal when we did something to make the country better, not just stuffed our pockets and our faces.  But the hard truth is that Bernie is the irascible, unpleasant, hectoring uncle you don’t want to get riled up at the dinner table.  That you are willing to sit with him is great, but it is because you believe in what he is saying.  But I’m sorry to tell you that most folks will simply want to get up and leave. He should be the conscience of the Democratic party.  But he should not be its face.

I don’t have a horse in this race beyond my desire to see Trump’s horse shot out from under him.  And thus far the Democrats have made their usual balkanized mess of things.  I think their system has kicked some good people off the stage and allowed the dollar to run the show.  I don’t know who will come out of this mess, and, frankly, I don’t really care.  For me, America is at stake.  And if past is prologue, black and suburban women and the Latino voters, not a youth brigade, are the keys to saving us from a further descent into this very dangerous place we have entered.

So Bernie folks, listen to me on this.

You may think that Bernie is galvanizing, but from where I stand in time and place he is divisive, not inclusive.  Trump lies through his teeth about everything, but says, “Make America Great Again.”  Bernie tells the truth, but says, “Shame on you, America.”  You don’t need a weatherman to know which way the wind blows on nostalgic dreams versus shame.

I want to be wrong on this.  Oh, how, I want to be wrong.  But, like I said, I’ve seen this movie before.  And though it is exciting almost all the way through, it really falls apart at the end.

31 thoughts on “Bernie, the Monster, and the Train Coming Down the Tracks”