After The Girl Who Sang With The Buffalo: writing, the next steps

After The Girl Who Sang With The Buffalo: writing, the next steps 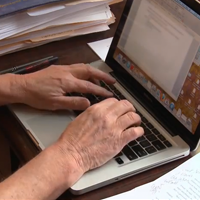 I said in my last post that I’d write something about what is going on in my writing life.

For me, there is a natural inhalation and exhalation in the act of creating that must be honored. Each artist deals with this differently. Some live in short breaths, keeping multiple projects going at the same time. Others, like me, have a natural creative arc that invests deeply in one project, brings it to fruition, then needs a time of regathering and regeneration before moving on to the next project. That’s the phase I am in right now.

The Girl who Sang to the Buffalo was a long and difficult project — I began it in October of 2009 — and it took a lot out of me. It also had a resolution about it, in that I allowed myself to be a significant and equal player in the narrative, and found that, as a result, the story contained an unexpected richness. By letting myself be a full participant in the narrative, the other characters were able to reveal themselves more fully. Rather than being an obtrusive presence, I, as the narrator, was an enabling presence who got Jumbo and Grover, and, to a lesser extent, Dan and Benais and Wenonah, to tell their stories. Because I was a fully formed presence, they became more fully formed presences. It is a strange dynamic, and not one I had expected. But it is true, and it made The Girl who Sang to the Buffalo into what may be my richest and most textured work. It certainly has drawn a new audience to my work.

What I am trying to do right now is get this book to a wider readership.

Working for a West Coast publisher with a focus on spirituality rather than fiction or literature, I have a difficult time getting the eye and ear of East Coast literary folk. The response of the reading public to The Girl who Sang to the Buffalo tells me that this work is the one that would catch their attention if they knew it existed.

So I am currently trying to fumble my way through the new world of social media and cyber reality in an attempt to place this book before a wider audience.

I’m somewhat self-conscious about this, as I am not given to self promotion.  In general, I feel that my job is to create, and to let the works find their own way.  But there is a larger, less personal purpose to my writing.  We as a nation need to correct our historical narrative regarding the Native peoples, and we need to learn the lessons they have to teach about living on this land.   From what I have heard so far, The Girl who Sang to the Buffalo does this with surprising effectiveness.

So, my current task, while filling my creative lungs with new air and new possibilities, is to bring this new literary child forth into the world in the best way I know how, so that new readers find and hear the stories and teaching that it has to offer.  To do anything less is to  treat it with disrespect.

I have a few ideas percolating about what my next project might be, and I’ll share those in a future post.  But, for now, I am still in the exhalation phase from The Girl who Sang to the Buffalo.  Until I feel I have done all I can to help it make its way in the world, that is my primary literary task.

For more, a new interview is available on this site, click here to view.

10 thoughts on “After The Girl Who Sang With The Buffalo: writing, the next steps”