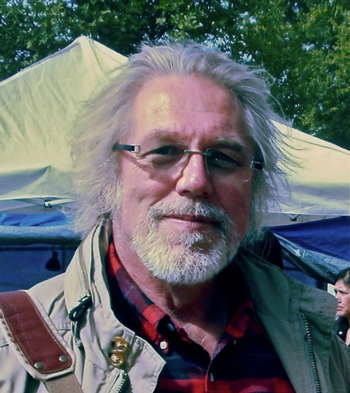 Unfortunately, there is little to report on the subject of the film of Neither Wolf nor Dog, as I know as little about it as you do.  Like a child that has left home, it calls in occasionally with sketchy updates, but mostly is involved of a life of its own.  And, like a parent, I have to let it go, hoping that it is making wise life decisions and will find a way to do some good in the world.  Stay tuned; any information I get I’ll pass on to all of you.

A WONDERFUL SPEAKING EVENT AND A NEW FRIEND AND, PERHAPS, PARTNER
Last month I had the fascinating and gratifying experience of speaking before several groups of about a thousand people each at St. Joan of Arc Catholic Church in Minneapolis.  The purpose was to address the effort to change Columbus Day to Indigenous People’s Day.

Big groups are fun in a strange way.  You get a powerful sense of the audience because there is so much human energy out there either leaning toward you, pulling away from you, or sitting indifferently and politely in your presence, waiting for you to finish.  These presentations  went well because I had two extraordinarily concerned audiences and I was on my game.  There is nothing worse for a speaker than to misfire in front of a large audience, because you feel the space between you and them, and, once you feel them withdrawing, there is precious little you can do to pull them back.  You keep seeing the image of Rodney Dangerfield opening his hands to his audience and saying, “Come on, help me out.  I’m dying up here.”  That did not happen this time.

What did happen — and it was most amazing — was an unexpected connection in an afternoon session with the singer, Larry Long.  If you don’t know him, you should look him up.  He was a long-time friend of Pete Seeger and follows in Pete’s tradition —a troubadour with a strong but gentle sense of mission.  He brings his songs to children, to the elderly, to rallies, to protests, to every place where people have a common yearning or gather in service of a common mission.  He is a voice for the voiceless and has a strong and caring heart.

What happened was a rare and unexpected moment of chemistry.  He and I both care deeply about our audiences, and there was an instant affinity as we heard each other perform — him with his singing and conversation, and me with my reading.  We alternated taking the stage, focusing on our experiences working with and in Native communities.  There is a certain humility about that task that you either have or you don’t have.  It has to do with your basic character and the shape and needs of your own ego.  Both he and I are watchers and chroniclers and have no need to have the seat at the head of the table.  In fact, we are both more comfortable doing the serving than being the one who is served.  If the audience senses that you are more interested in reaching out to them than you are in having the spotlight on yourself, some real electricity can happen.

For Larry and I, this electricity happened.  We met later to discuss doing more engagements together.  I think it is going to happen.

Perhaps I will ask you to suggest venues in a future post.

PBS PROFILE
One thing for which you don’t have to stay tuned, but can tune in right now, is the PBS profile that was done on me for their weekly program on Religion and Ethics.  It featured two of the finest people I know, Jackie and Kirk Crowshoe, and addressed my efforts to serve as an ally to the Native people through my writing.

I love it when I don’t get thrust out in front as an interpreter of Native issues but can use my platform to give good Native people a chance to speak for themselves.  That has always been my goal, whether doing oral history, writing books,  or giving public presentations.  One of the most successful was the time I shared the stage with Ray and Martin Sensmeier at Gustavus Adolphus College several years ago.  Our presentation is available here .  But this piece on Religion and Ethics was special in its own way.  If any non-Native person wants to see the best of the Native heart revealed, they should look in the eyes and listen to the words of Kirk and Jackie.  In them is the embodiment of both what we as a culture have done and what we as a culture yet can be.  I was honored to be associated with them for those few minutes.

Well, that’s it for now.  Sorry for the long post.  We just hadn’t connected for awhile.  I’ve got a few more thoughts and ideas, but they’ll have to wait.  We’ll be in touch soon.