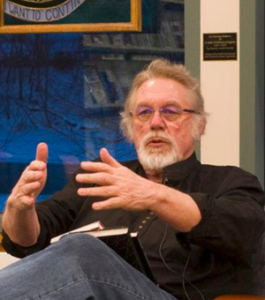 Earlier this year, on the cusp between winter and spring, I found myself in my old home stomping grounds of northern Minnesota for some speaking engagements and a showing of the film of Neither Wolf nor Dog.  The weather was blustery and the character of the north was on full display.  A young woman named Serene Lusano, recently transplanted to the north country from California in a move back to her husband’s home town, was assigned to interview me for the local paper.  I just loved her curiosity and insight, and willingness to look at life’s changes as an adventure more than a challenge.  She did what I thought was a wonderful interview because she knew how to listen.  She did not want information; she wanted understanding.  And she knew how to turn an interview into a conversation.

I mention this because we of the passing generation need to raise up the good voices whenever we can.  Serene, a stranger in a strange land, a fish out of water struggling to swim in a new environment, was one of those voices that abound, too often unnoticed, in the small towns and forgotten corners of America.  As America’s cities metastasize and crumble under the weight of their own growth, it will be the folks in the outlying areas who have the physical and psychological elbow room to think beyond problems and shape the world with dreams.  They are the new frontiersmen and women who can reenvision this country.  Small towns, reservations, rural enclaves — these are the places where new dreams can form.  Watch them, listen to them, learn from them, and raise them up.  Listen to them like Serene listened to me, and honor them for the courage they exhibit in leaving the apparent urban mainstream to light out for the territories.

Here is the interview.

5 thoughts on “A favorite interview and an inspirational encounter”